With the decree signed by Russian President Vladimir Putin, the sale of oil and petroleum products to those who participate in the ceiling price application for Russian oil is prohibited. 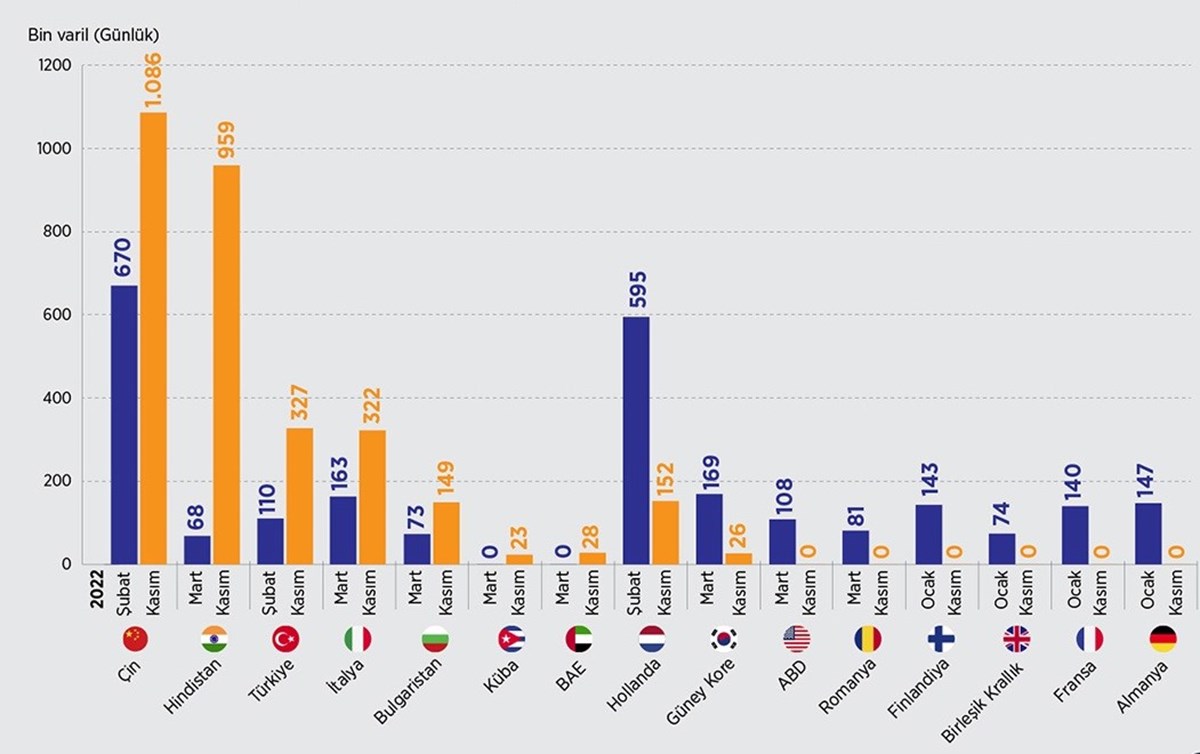 According to the decree, the ban on the shipment of petroleum products will enter into force on a date to be determined by the Russian government. On December 2, European Union countries agreed on a ceiling price of $60 per barrel for oil transported by sea from Russia. Russian Deputy Prime Minister Aleksandr Novak, in a statement on 23 December, said that they would not sell oil and petroleum products to those participating in the ceiling price application, and that they could reduce their oil production by 5 to 7 percent if necessary.