LAST MINUTE NEWS: Minister of Transport and Infrastructure Karaismailoğlu announced the opening date of Kağıthane-Istanbul Airport metro line. The opening will take place on Sunday, January 22, 2023. With the line, it will be possible to reach Istanbul Airport from Kağıthane in 24 minutes.

The opening date of the Kağıthane-Istanbul Airport metro line has been announced. Minister of Transport and Infrastructure Adil Karaismailoğlu announced that the opening will take place on Sunday, January 22.

With the metro line, Istanbul Airport will be reached in 24 minutes from Kağıthane and 12 minutes from Göktürk. 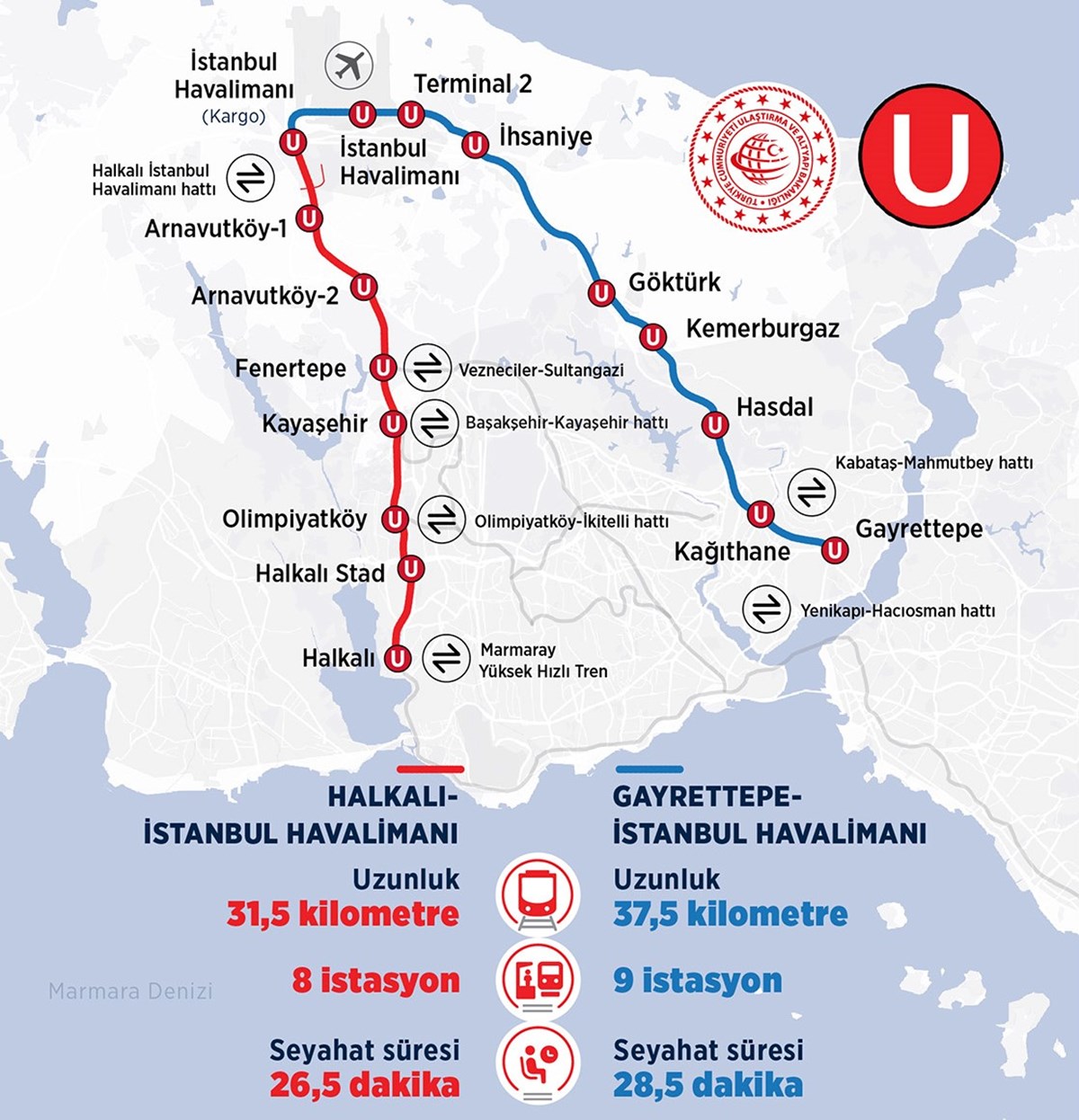 IT WILL EVEN HAVE 9 STATIONS

There will be 8 stations on the Halkalı-Istanbul Airport line. After the opening of Gayrettepe station, this number will increase to 9 in total. Its total length will be 37.5 kilometers, and the travel time will be 28.5 minutes.

With the activation of the line, travel between Arnavutköy and Beşiktaş will decrease to 36 minutes.