LAST MINUTE NEWS: Minister of Energy and Natural Resources Dönmez made a statement regarding the new natural gas reserve in the Black Sea. Minister Dönmez said that the onshore processing facility, which will process the gas on land, is 85 percent complete and that they will deliver the first gas to the system at the end of March.

Fatih Dönmez, Minister of Energy and Natural Resources, made a statement regarding the natural gas reserve.

The highlights of Dönmez’s statements are as follows:

The land processing facility, which will process the gas on land, is 85 percent complete. The facility was prepared to process 10 million cubic meters of gas per day in the first phase, and to process 40 million cubic meters in the second phase. The station works to connect the produced gas to the main transmission system of BOTAŞ have been completed. We have drilled 10 wells on the sea floor so far. We will continue here by drilling more than 30 additional wells. By 2026, we will have finished all the well drilling operations. We have colleagues working in the field, 5 thousand 500 on land and 2 thousand 500 on the sea. 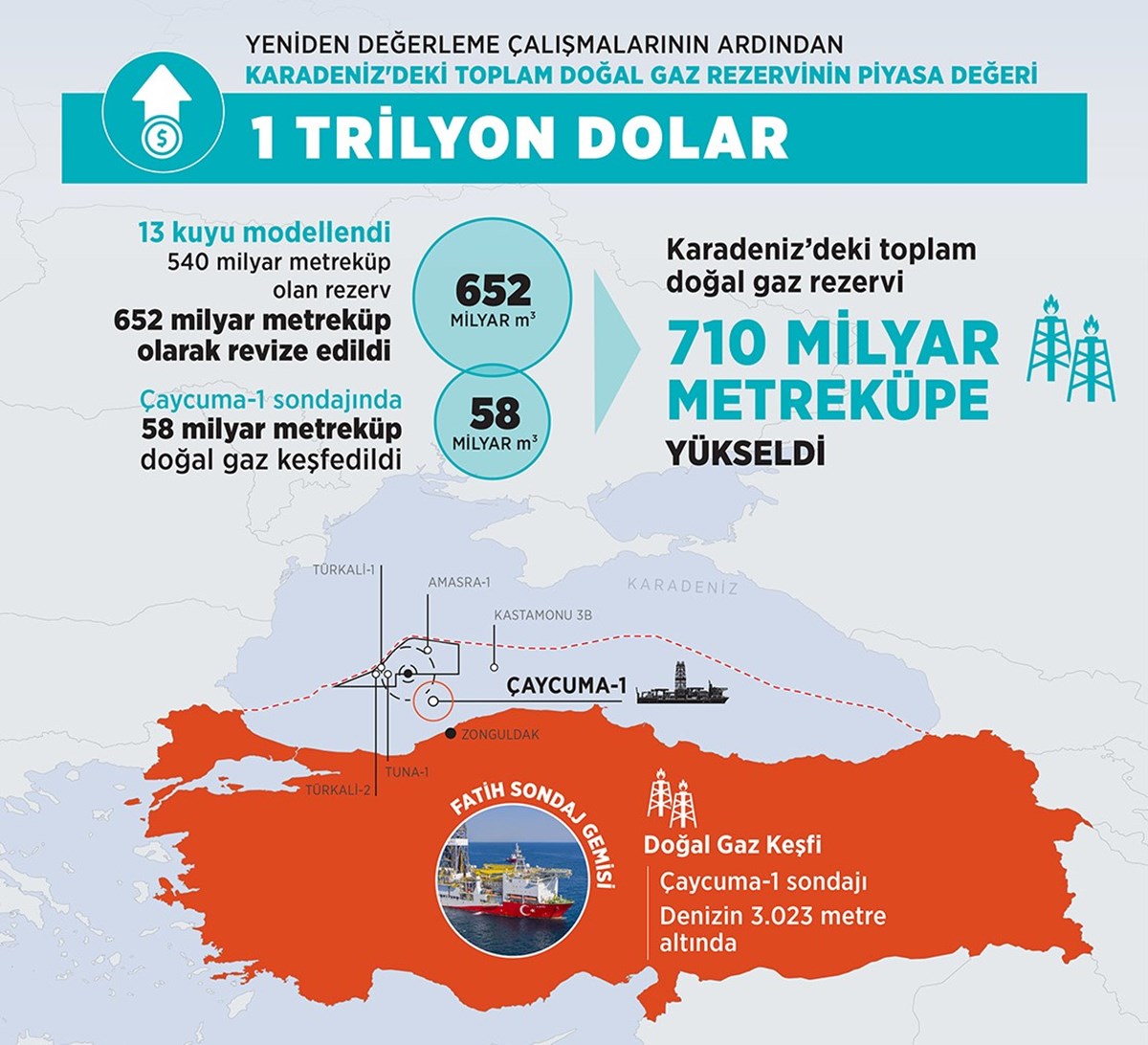